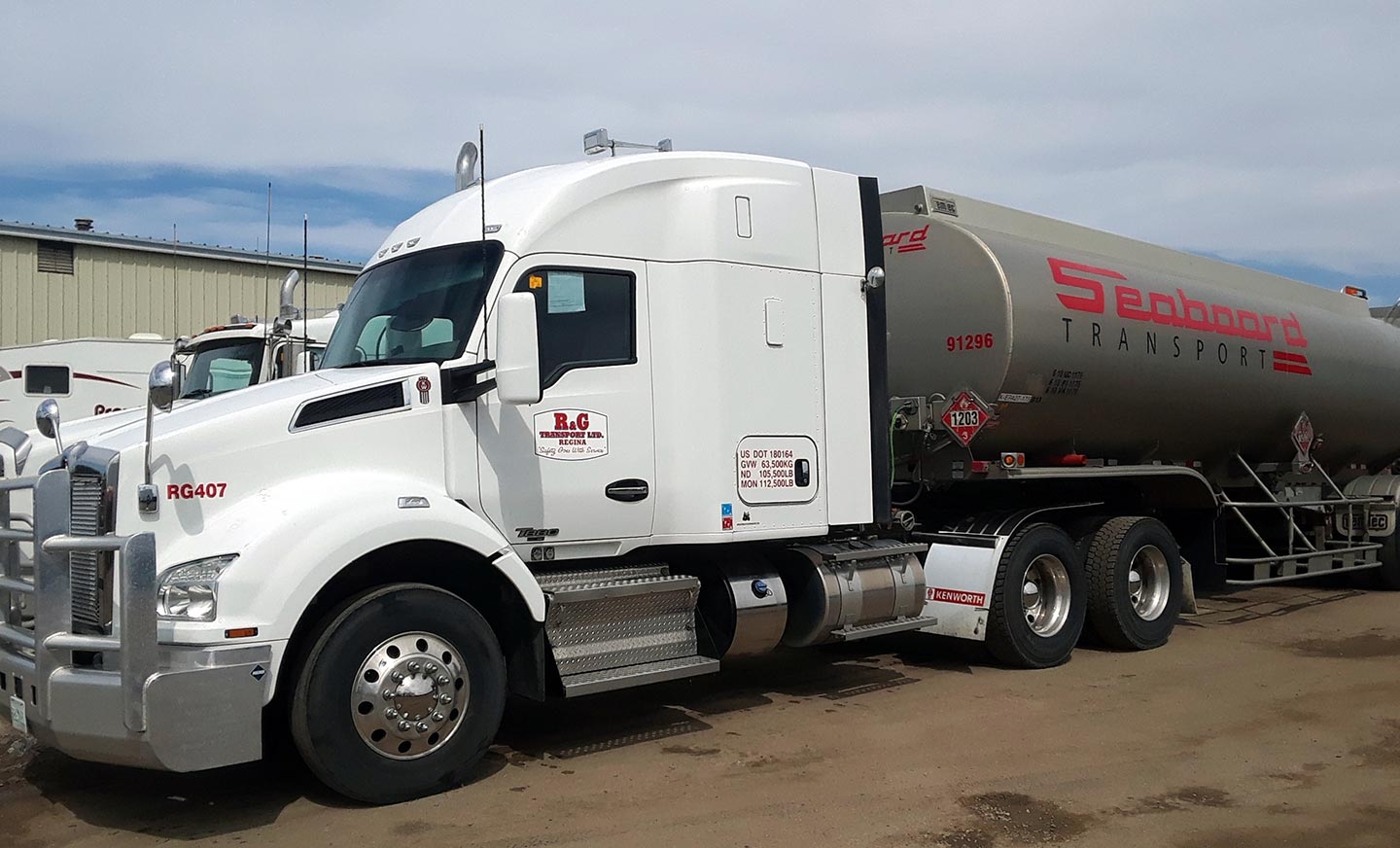 For more than 55 years, since its inception in 1962 by founders Marge Schulz, Ron Schulz and Gordon Abramson, R&G Transport has been a leader in the Saskatchewan transportation industry. Originally hauling petroleum products for Shell Oil and Federated Co-op, R&G began hauling fuel for Imperial Oil in 1966 and continued to expand. Over the next thirty years R&G hauled a variety of other products such as liquid fertilizer and rail car wheels for GE Rail Car Services.

R&G’s operating philosophy is directly aligned with the broader group’s Safe, Reliable and Professional operating standards.  R&G has consistently excelled as a customer service based carrier and has twice earned Imperial Oil’s “Quality Carrier of the Year” award.

R&G Transport At a Glance

At R & G Transport we focus on safe, reliable and professional business. We offer a safe work environment and extensive training to make sure you get home to your family. We offer consistent and reliable work to ensure your schedule is predictable and earnings are consistent.  We focus on professionalism and career development because we value your growth. When you succeed, we succeed!